Now Naaman was commander of the army of the king of Aram. He was a great man in the sight of his master and highly regarded, because through him the Lord had given victory to Aram. He was a valiant soldier, but he had leprosy. Now bands of raiders from Aram had gone out and had taken captive a young girl from Israel, and she served Naaman’s wife. She said to her mistress, “If only my master would see the prophet who is in Samaria! He would cure him of his leprosy.” Naaman went to his master and told him what the girl from Israel had said.  “By all means, go,” the king of Aram replied. “I will send a letter to the king of Israel.” So Naaman left, taking with him ten talents[b] of silver, six thousand shekels[c] of gold and ten sets of clothing.  The letter that he took to the king of Israel read: “With this letter I am sending my servant Naaman to you so that you may cure him of his leprosy.” As soon as the king of Israel read the letter, he tore his robes and said, “Am I God? Can I kill and bring back to life? Why does this fellow send someone to me to be cured of his leprosy? See how he is trying to pick a quarrel with me!” When Elisha the man of God heard that the king of Israel had torn his robes, he sent him this message: “Why have you torn your robes? Have the man come to me and he will know that there is a prophet in Israel.”  So Naaman went with his horses and chariots and stopped at the door of Elisha’s house.  Elisha sent a messenger to say to him, “Go, wash yourself seven times in the Jordan, and your flesh will be restored and you will be cleansed.”

But Naaman went away angry and said, “I thought that he would surely come out to me and stand and call on the name of the Lord his God, wave his hand over the spot and cure me of my leprosy. Are not Abana and Pharpar, the rivers of Damascus, better than all the waters of Israel? Couldn’t I wash in them and be cleansed?” So he turned and went off in a rage.

Naaman’s servants went to him and said, “My father, if the prophet had told you to do some great thing, would you not have done it? How much more, then, when he tells you, ‘Wash and be cleansed’!”  So he went down and dipped himself in the Jordan seven times, as the man of God had told him, and his flesh was restored and became clean like that of a young boy. (https://www.biblegateway.com)

What it means: I don’t normally include the whole story but I think this one is important to read not just one scripture but the whole thing. It sounds so simple right? Go and wash yourself in the river and be healed of this terrible disease. Naaman was ANGRY at this response! A man of war and victories, who expected to have the righteous hand of the Lord heal him, not BATHE in very dirty river. He even questions it by asking why not the rivers of Damascus, which are the best of all waters in Israel?  Now, let me sum this up in Stacy terms. Basically this very successful and powerful man was dealing with his skin literally rotting away. He wants to be healed. He has BIG expectations for how that may happen but when it is laid out a different way than he imagined, he almost misses the miracle! But the important line in this story is this: “My father, if the prophet had told you to do some great thing, would you not have done it? How much more, then, when he tells you, ‘Wash and be cleansed’!”  This right here is my key point of today’s WW. How many of us are looking for a prayer to be answered or a miracle to our disease/pain/trial/problem? What if God is answering our prayers in a different way than we are looking for or expecting? Are you missing his answer because you are so focused on what his answer would be in YOUR mind? Remember, we don’t see the whole picture. Our minds and God’s are no where near equal. We can nearly fathom to understand all the majestic workings of God. So how can we picture how God may answer our prayers? Naaman expected something and when he was given an answer to his prayers because it wasn’t what he expected, he didn’t think he was being healed!

Challenge: Are you waiting for an answer to a specific longing prayer? How often have you questioned anger in your heart from an unanswered prayer? What if it IS being answered, just not the way you imagined? Are you missing it? Prayer is important but after you must Be still and LISTEN. Listen to God’s response and what he may be calling you to do. It may be WAY off what you think is an answer to your prayer but it may just be your blessing. We cannot be so focused on looking for our exit off the highway that we miss the broken down car next to us, or the person in our passenger seat talking to us. or the old lady crossing the road a few feet in front of us, or the road construction ahead that is steering us to another exit but the same destination.  Stop looking for your exit!

Prayer: Lord thank you for your word where we can learn more about you and how powerful you are. Please forgive us for looking for our exit and for imagining our answers to our prayers. I pray for open hearts and we listen to your response, even if it is not what we imagined it would be. I pray that we can be obedient to you even when we don’t understand how big or small it really is. Thank you for loving us. Amen 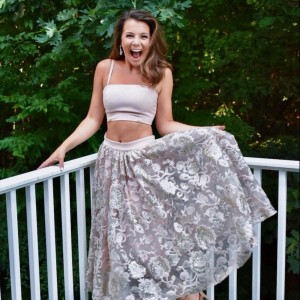 Welcome to shortpetitesweet! I am so excited to have you follow my journey. Read More…

If you want to be happy, be. – Leo Tolstoy